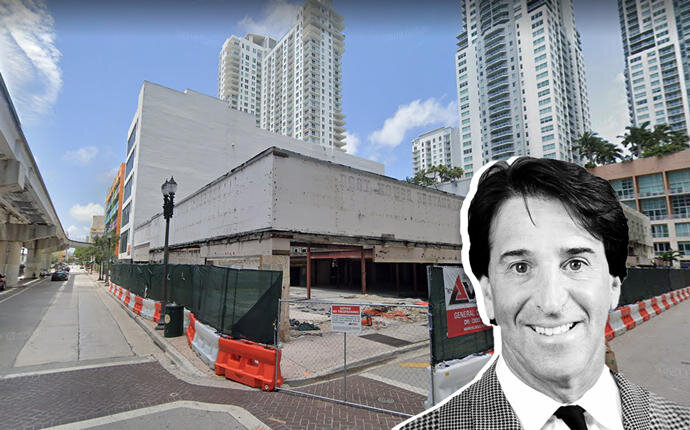 UPDATED, Aug. 30, 5:26 p.m.: Sergio Rok acquired a building near his family-owned company’s home base in downtown Miami.Property records show that Camillus House Inc. sold the building at 275 Northeast First Street to Downtown Realty Investments LLP, which is tied to Rok Acquisitions, for $5 million. Camillus House, a nonprofit, received the property as a co-beneficiary of an estate gift. It will use the proceeds from the sale to support the homeless community in South Florida.

The property is a building shell that sits on a 21,000-square-foot corner lot, according to Google Street View. The nearly 26,000-square-foot retail building was built in 1954. It abuts the buildings at 144 Northeast Third Avenue and 256 Northeast Second Street, which Rok Acquisitions also owns.

Sergio Rok’s father, Natan Rok, arrived in Miami from Cuba in 1964, and started a retail business on Flagler Street. He began buying properties in the central business district, growing his firm to become one of the largest commercial landlords in downtown Miami. Natan died in 2004 and Sergio now runs the Miami company, a property management and real estate investment firm.

In recent years, the Flagler Street area has seen a surge of investment, most of which has come from developer Moishe Mana. Over the past several years, Mana has become downtown Miami’s biggest landlord with roughly 45 properties on and near Flagler Street. But he’s been slow to actually build anything. Recently, Mana said he’s ready to move forward with his plans for the area.

Nearby, Immocorp Capital is planning a new 168-key hotel at 139 Northeast First Avenue. OD Hotels, a Spanish hospitality group with a number of properties in Ibiza, is partnering with the developer on the project, to be called OD Miami.

After an extensive renovation and redevelopment of the historic Miami National Bank property at 121 Southeast First Street, Stambul re-opened the building as the Langford Hotel in 2015. The firm is also restoring the Old United States Post Office and Courthouse nearby and doing interior work to the historic Walgreens at 200 East Flagler Street.