BAHIA MAR SOLD, MAY BE UPGRADED

BAHIA MAR SOLD, MAY BE UPGRADED 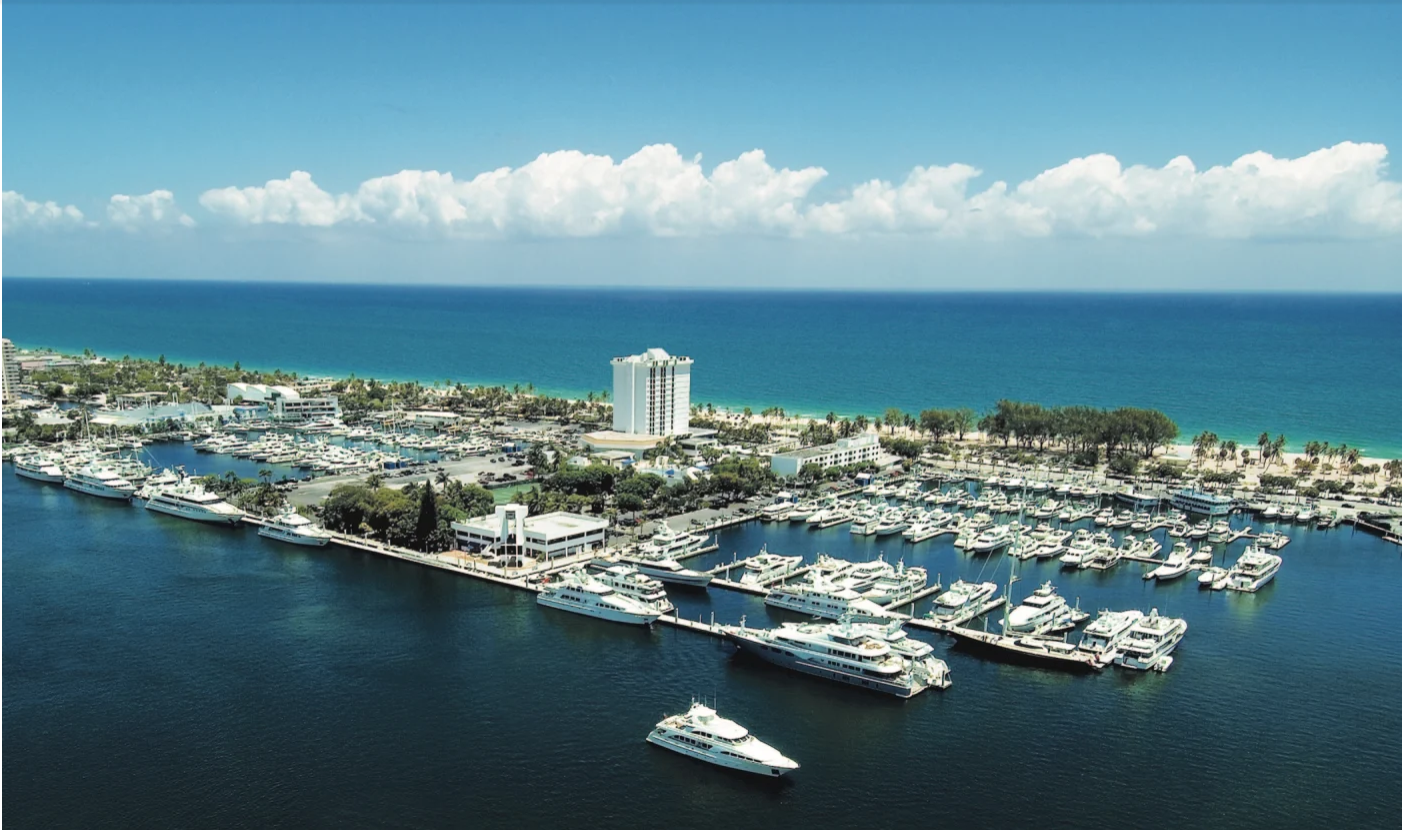 A group of South Florida real estate investors has purchased the iconic Bahia Mar Resort and Marina in Fort Lauderdale with visions of upgrading the waterfront property and adding shops, restaurants and condos.

Miami real estate developers, brothers Jimmy and Kenny Tate, co-owners of Tate Capital, and longtime friend Sergio Rok, president of Rok Acquisitions, along with Rialto Capital Management and RCI Marine, paid an undisclosed price for a long-term lease on the 39-acre parcel. Blackstone Group had owned the lease on the property set on the Intracoastal Waterway across from a public beach.

“It’s iconic, it has a great name, great image, great reputation and great brand recognition nationally and, obviously, locally,” said Jimmy Tate, chief executive of Tate Capital. “However, the asset is very tired and it hasn’t had a lot of capital improvements made over the years.”

The Bahia Mar includes a 250-slip marina that can accommodate mega-yachts of up to 230 feet. It also has a 297-room DoubleTree by Hilton hotel in two buildings, which is running at 88 percent occupancy — all of which will remain in place, Tate said. The location, at 801 Seabreeze Blvd., will also continue to be the site of the Fort Lauderdale International Boat Show, a major economic driver for South Florida.

Redevelopment, which would require approval by the city of Fort Lauderdale, could bring improvements to the marina and hotel. The new owners are considering adding a condohotel, restaurants, shops and offices, all in a park-line setting lining the waterfront, he said. It would be “a patron-friendly environment for people to walk and eat and relax,” Tate said.

“When we are done, we expect this to be the crown jewel of Fort Lauderdale,” he said.

“It will really help enhance our already strong brand, presence and reputation in the area,” he said.

The Tate/Rok group is the controlling member of the investment group buying the Bahia Mar lease, collectively owning a 57.5 percent stake. Rialto, a subsidiary of Lennar, holds 37.5 percent and RCI Marine, 5 percent.

“This asset has a very special meaning to all of the partners because it is in our backyard,” said Rok, who is also president of Rok Enterprises.

During the past five years, the Tate/Rok Group has worked on at least 18 investments totaling more than $600 million. Among the deals, Tate said, was the purchase of a $160 million debt instrument on the Omni in Miami, for which they paid $100 million; a 500,000 square-foot lifestyle center in Birmingham, Alabama; a 228-unit apartment complex near New Orleans; a 216-unit apartment complex in Myrtle Beach, South Carolina, and Publix shopping centers in Coral Springs and Nashville. Some of the deals included Jorge Perez, chairman of the Related Group, as a partner.

For the Bahia Mar deal, Tate/Rok invited Rialto Capital, which has experience in hotel ownership, into the deal. It is their second project together, following a new Walmart neighborhood grocery store under construction in Southwest Miami-Dade. Bahia Mar represents Tate/Rok’s first deal with RCI Marine, which owns and operates various marinas, including the Miami Beach Marina and the Coconut Grove Marina.

Bahia Mar, Tate said, “is the largest, most complicated transaction we’ve closed to date. However, in our opinion, it is the single most important piece of property we have been involved in, due to its many future development opportunities.”

Dating from 1966, the property was the fictional mooring spot for The Busted Flush, a custom-made 52-foot, barge-type houseboat procured in a poker game by Travis McGee, the sleuth in books by author John D. MacDonald. In reality, it has been the site of the Fort Lauderdale International Boat Show for several decades. Many South Florida baby boomers, including Tate, recall frolicking at Bahia Mar during Fort Lauderdale’s Spring Break heyday.

Situated south of Las Olas Boulevard, the Bahia Mar has always been close to the action — but separate from the thick of the crowd. A 1999 Miami Herald story described the then-Radisson Bahia Mar as “Water, water, all around. South of the hotel, the Bahia Mar Marina. To the west, the Intracoastal. And to the east, the Atlantic. The hotel sits across the street from a public beach, so you can watch an entertaining parade of tourists, joggers and ’bladers.”

Blackstone acquired the property, along with other assets, in the $1.1 billion purchase of Boca Resorts in 2005. Boca Resorts had been founded by H. Wayne Huizenga in 1997. Other properties included in the sale to Blackstone were the Boca Raton Resort & Club and the Hyatt Regency Pier 66 Hotel and Marina.

For several years, Blackstone worked on putting together a $250 million plan to redevelop the Bahia Mar complex with a new five-star Waldorf-Astoria condo-hotel with up to 26 stories, a renovated hotel and a waterfront park. But it never came to fruition.

In October 2013, Tate and Rok got a call from Andrew Dickey with brokerage Jones Lang LaSalle, who said the firm was marketing Bahia Mar to a select group of potentially interested parties nationwide. Tate and Rok were “knee deep” in a deal to recapitalize U.S. Century Bank at the time but threw in a “low-ball offer” that kept them in the rink, Tate said.

When the U.S. Century deal fell apart, they heightened their interest in Bahia Mar. After conducting due diligence and inviting in the other investors, they closed on the property earlier this month.